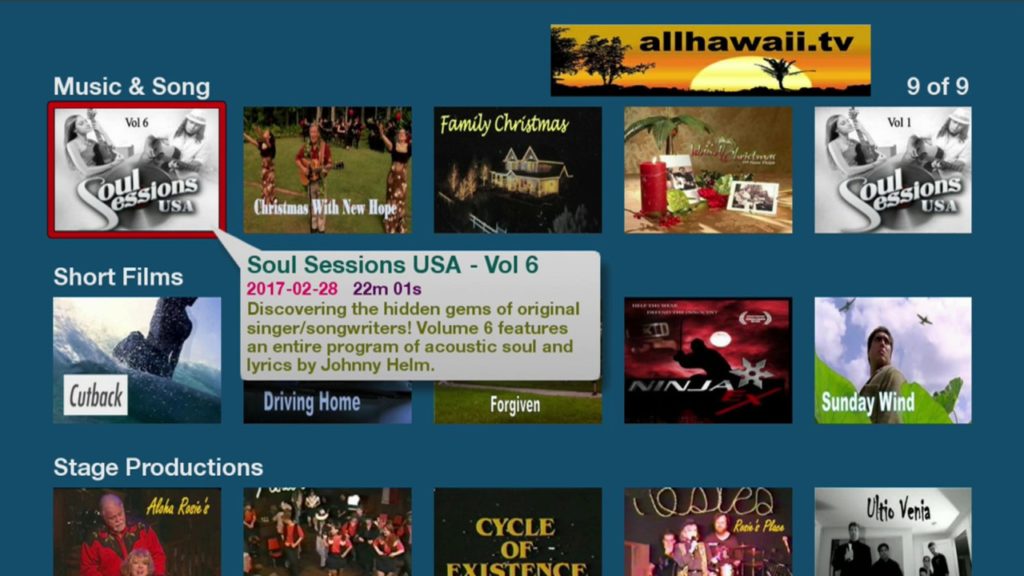 What follows below are synopses of every content currently appearing on All Hawaii TV. Content are organized on the television screen according to a grid pattern (see photo above) and are alphabetized by categories and content titles. Persons listed in each synopsis reflect those who either created the video, or have authority to distribute it, or both. Note that other persons associated with the video (as an example, actors and directors in movies), are listed on the landing pages for each content on the channel. Running times for each content and the year it was produced are also provided within the synopsis as well as a general summary of each content’s Hawaii connection: made in Hawaii reflects that the content, whether about Hawaii or not, was produced literally in the state; made about Hawaii reflects the content being about some facet of Hawaii that may or may not have been literally produced in the state; made by Hawaii reflects the content being produced by a Hawaii resident (including former residents); and made for Hawaii generally means content produced by individuals, groups, companies, or organizations outside of Hawaii but whose target audience is the Hawaii market. To assist with understanding  the organization of all content, symbol icons are used, and are defined as follows: